Skip to content
ALL OUR PRODUCTS ARE ALSO AVAILABLE IN PHARMACY UPON ORDER! 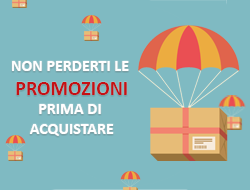 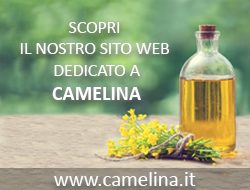 Natural and tonic remedy that helps to decrease physical and mental weariness. It supports the metabolism and has a tonic action.

Tribulus terrestris is a natural remedy useful against physical and mental fatigue. It has tonic action and metabolic support.
Natural supplement often used as a tonic and invigorating in cases of sexual asthenia.

Tribulus terrestris called “gokshura” in Sanskrit, is a medicinal plant of the Zygophyllaceae family of Indian origin that grows in India and Africa. This plant has been used for centuries by both Ayurvedic medicine and ancient Greeks, and its properties have been confirmed by recent studies.
Its high content of potassium helps diuresis while responsible for aphrodisiac activity are plant substances called saponins. It also helps to raise the level of testosterone in men and progesterone in women.
It reduces both physical and mental fatigue and increases fatigue resistance. It is useful as tonic and invigorating in cases of sexual asthenia and decreased libido.

Show reviews in all languages (2)

Be the first to review “Tribulus terrestris” Cancel reply

We use cookies on our website to give you the most relevant experience by remembering your preferences and repeat visits. By clicking “Accept”, you consent to the use of ALL the cookies. However you may visit Cookie Settings to provide a controlled consent.
Cookie settingsACCEPT
Gestisci consensi

The following panel allows you to express your consent preferences to the tracking technologies we adopt to offer the features and carry out the activities described below. For more information on the usefulness and functioning of these tracking tools, please refer to cookie policy. You can review and change your choices at any time.
Necessary Always Enabled
Necessary cookies are absolutely essential for the website to function properly. These cookies ensure basic functionalities and security features of the website, anonymously.
Functional
Functional cookies help to perform certain functionalities like sharing the content of the website on social media platforms, collect feedbacks, and other third-party features.
Performance
Performance cookies are used to understand and analyze the key performance indexes of the website which helps in delivering a better user experience for the visitors.
Analytics
Analytical cookies are used to understand how visitors interact with the website. These cookies help provide information on metrics the number of visitors, bounce rate, traffic source, etc.
Advertisement
Advertisement cookies are used to provide visitors with relevant ads and marketing campaigns. These cookies track visitors across websites and collect information to provide customized ads.
Others
Other uncategorized cookies are those that are being analyzed and have not been classified into a category as yet.
Save & Accept